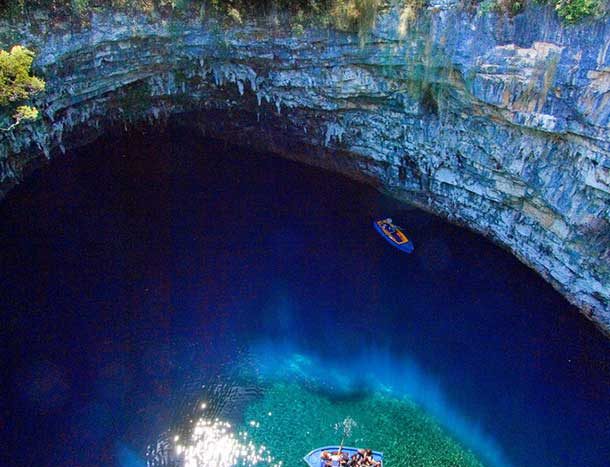 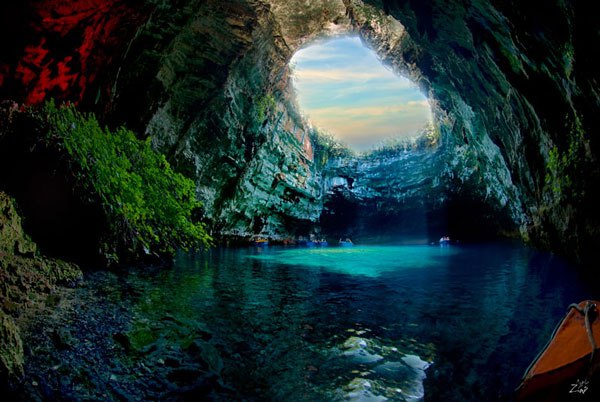 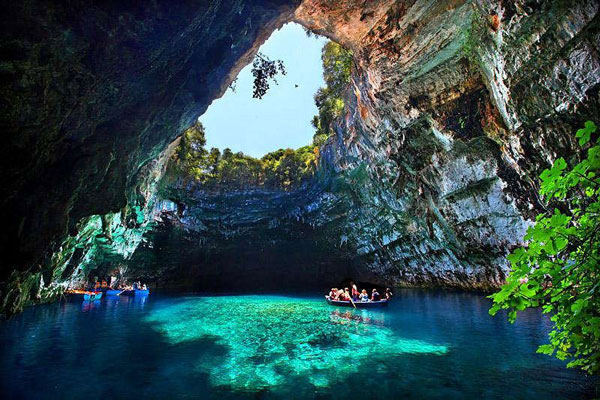 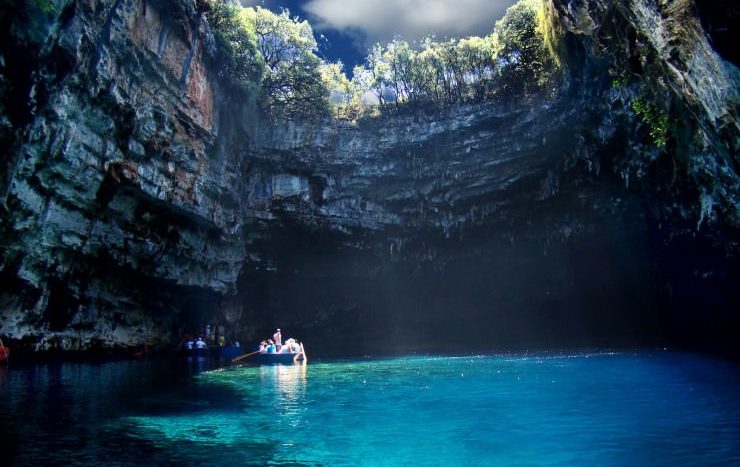 The breathtaking Melissani Cave in Greece

Posted by Petersons | Kefalonia Property on May 11, 2016
About Kefalonia, Ionian islands
0

Melissani cave is located on the east coast of the island of Kefalonia in Greece. It is located about 2 km from the town of Sami and 10 km from the town of Argostoli. The caves are surrounded by forests, while the mountain slope is located to the west. Below you will find a gallery of this magical place with additional information on the history of the cave and the best time to visit and what you can expect to see. The cave is 100 meters long and the lake takes about one third of its length.

The cave was rediscovered in 1951 by Giannis Petrocheilos, and opened to the public in 1963. During the first exploration in 1951, an ancient lamp, now on display in the Archaeological Museum of Argostoli, was found there. In 1962, an excavation produced few but important relics of a former Minoan culture on Cephalonia. Oil lamps, plates and figures show the God Pan and several nymphs. This is, why the cave is sometimes called “Cave of the Nymphs”. The lake was named after one of the nymphs, the nymph Melissanthi. Myth holds that Melissanthi drowned herself in the lake when Panas rejected her love.

The opening on the surface of Melissani Cave lets the light in, making the water so clear that boats appear to be gliding through the air.